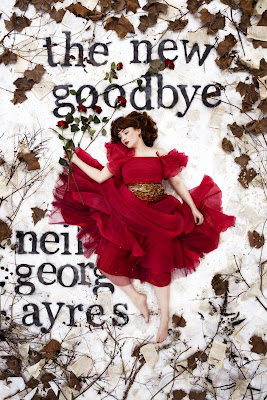 I just want to steal a bit of space to highlight the fact that Neil Ayres' app is now available, and a very beautiful thing it is too. And the novel itself is marvellous, well worth a read: moving, lyrical and poignant. Do please have a look at it.

Do you find yourself rushing towards the end?

How many times have you been absorbed by a book to such an extent that you just don't want it to end and could happily live within its confines for the foreseeable future… only for it to finish so abruptly, so quickly it feels like you've been soaring through the air only to be shot down unceremoniously?

I've just finished reading a pulp science fiction novel by the legend that is Edgar Rice Burroughs, called the Swords of Mars, a book that eschews all sense of the word "calculated pacing" for what is a mad rush through the final fifteen pages; an ending that could have quite easily been written over a further 100 pages but for reasons of creativity or economical editing it has been shoe-horned via some dodgy exposition into about two thousand words. It's a bad ending to a good book, yet I suppose it could be forgiven - as all books of that age can be "forgiven" - for adopting a story-telling style where the destination isn't so much crept upon but charged at, a crime plenty of late 19th century and early 20th century pulp fiction is guilty of due to the medium of being serialised in pulp fiction magazines with a finite page-space to contend with.

But this is by no means something confined to early 20th century writing. I've read rushed endings more recently from writers who should know better.
Neil Gaiman - whose writing I adore - is guilty of it in American Gods, a book which ends not particularly well compared to the rest of the book, being slipped a hospital pass where the ending had to be something world-breaking to match what had gone before. Unfortunately, in my view, it didn't and was poorer for it. Don't get me wrong, it's a good book, but I don't think it's the great book it could have been. Stephen King is another guilty party, but more guilty for his ending for the Dark Tower series, falling into the same trap of impressive build-up, but a damp squeak at the end. When this happens, I always ask "why?", not only out of indignation and frustration as a reader, but as a writer who wants to avoid the traps other writers fall into. I reckon it’s an important lesson to learn and not just one that can be learnt from the page…


…A few years back when I was travelling around New Zealand, Sarah and I climbed the Franz Josef glacier, and our guide, a wiry Kiwi with a great ice-cutting arm, warned us the last few yards of the descent were the most dangerous - no matter where we were, be it a steep slope or level ground. You see, it's that last dash home, the final few steps of complacency or perhaps the impatience of reaching the end that can undo many a climber. The carelessness of those end steps have lost fingers or toes, broken legs and arms and one climber almost fell down a fifty foot crevice. In our case, the ice-steps at the last melted too quickly and half of our party slid down the slope, crashing into each other like a motorway pile-up. There were no injuries, thankfully, but it got our hearts racing for all the wrong reasons...


…With writing, if there are any injuries due to rushing the end or being complacent, the writer won't see them until they put the book to a publisher or the publisher misses it and it goes out to the reading public. And I guess it is an injury when a reader has invested £8 and many hours of their time to sit through a 400 or 500 page paperback only to be disappointed by the sloppy ending.
We are always told by writing guides or tutors that beginnings are important, but how much care do we really take over our endings, even if the book isn't always about the destination but the journey there? Is it more of a crime to be instantly forgettable or memorably sloppy?


As I head towards the end of the first draft for my new Secret War novel, The Traitor of Light, I realise the book is growing beyond expectancy. I've underestimated its length by around 30,000 words and 3 weeks, and damn me if it's not tempting to hurry it up or even skirt over the closing chapters to reach the end.
But I'm not going to. I'm going to write what needs to be written and keep the pace constant and not skimp on the ending. My final steps in this draft will be measured and careful or I just know I will slip and break something...
Posted by mattfwcurran.com Web Admin at 13:14 18 comments:

I should add that you can vote for Brian to make the shortlist by following the link on the blog. Go vote!
Posted by Unknown at 12:39 13 comments:

It occurred to me, reading the recent MNW emails, that it might be good to have another (lunch?) meeting this year - perhaps in the autumn? I know we don't even seem to have a summer yet, but given how busy and far apart we all are, would now be a good time to start thinking about it? Are enough people interested? (come on, Ann, Maggie and David and others across the pond - this would give you plenty of time to book your flights!)

I just wanted to say well done to everyone who gave an interview to The Literary Project - they were all interesting and enjoyable, and were the first thing I read online all week. Top job! And a huge thank you to Gemma for interviewing us and making us look good...
Posted by Unknown at 08:25 4 comments:

A Macmillan Book of Another Sort

Since she isn't one to blow her own horn, it falls to me to point out that our own Suroopa Mukherjee's academic book Surviving Bhopal has just been published in the United States by Macmillan USA's Palgrave imprint.

[I also note that her biography concludes with "She writes fiction in her spare time," which, of course, we all know isn't true of any of this crowd. In our spare time we earn money so we can write fiction. But, of course, biographies often get it wrong.]

I have to say that it looks like a good (if somewhat disturbing) read, especially for an academic book. Here's hoping that universities and libraries from the Atlantic to the Pacific add it to their stacks!
Posted by David Isaak at 01:42 6 comments:

These have started now. Ciara's was yesterday, Alis's today. Check them out!
Posted by Deborah Swift at 09:07 6 comments: