Two weeks to go now, and I for one have no idea where Browns is! So - please - where exactly is it? and do we have to book? and if so, how many of us are there going to be? We said 1pm - is that still ok for everyone? And (lastly) where are all those new MNWers who have yet to make themselves known? Please join us if you can. Getting everyone together isn't easy, and this may be your last chance for some time...
(I promise this is positively my last post on the subject).
Posted by Frances Garrood at 17:43 35 comments: 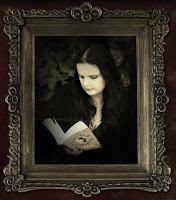 I just posted a Louisa May Alcott quote in my blog that I believe serves as a good example of the strikingly similar descriptions of the writing process authors have given throughout time.

Looking at novels in which author characters feature, autobiographies of writers, even accounts of writers' behaviour from those who knew (or know) them, it fascinates me that so much of the process has remained so similar for such a variety of people, and in spite of the quite dramatic technological changes that have taken place over time. Writers are, and it seems always have been, a tad dotty.

What are some of your favourite descriptions of the writing process; the ones that ring true for you? Feel free to comment over here so I can collect them all in one place.

you all probably knew about this...

Len! You rock! You're up for an Edgar in the Best Paperback Original category! Congrats to you - richly deserved.
Posted by Unknown at 14:30 15 comments:

I've been in touch with Terry Morgan whose novel was released this month. He has sad news. His son, Paul, died in a car accident on December 16 in Indonesia.

Terry wrote that Paul "begged and cajoled me to finish the book," and he was getting a copy ready to send to Paul when the phone rang. The second novel will be dedicated to him.

Terry, this comes to you and to your family with my heartfelt sympathy.
Posted by Ann Weisgarber at 23:14 11 comments:

With just over a month to go, and given that it takes a bit of time to arrange things via a blog, perhaps we should start thinking about a time and a place for the MNWers lunch. So - suggestions, please! I'm no longer au fait with good eating places in London, so has anyone any ideas? And what about time? I think 1-ish might be good, as it would give people time to get up to London. But would 12.30 be better? And numbers? New MNWers seem to be lying low, but it would be lovely to have this opportunity to meet them.
Posted by Frances Garrood at 14:26 10 comments:

The New Year starts with a new historical novel from MNW, Terence Morgan's The Master of Bruges. Terry was kind enough to answer a few questions to coincide with the book's release. 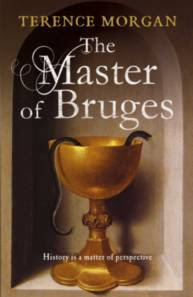 History is a matter of perspective . . .

T.G. Morgan’s vivid debut brings to life one of Europe’s most brilliant and enigmatic painters, and compels us to look again at a sensational period in history. In fifteenth century Bruges, master painter Hans Memling is about to find himself at the heart of a political storm that stretches from his home city to Plantagenet England. When Hans agrees to play host to two exiles on the run from their enemies in London, he has no idea that they are not the modest traders they appear to be. Meanwhile, he has come into contact with the powerful Duke of Burgundy. Over the coming years he will grow increasingly close to the duke’s beautiful daughter, the princess Marie, painting her portrait obsessively.

In 1482, Hans takes up an invitation to visit his English friends, who have returned to London following their exile. There he not only find himself caught up in the dramatic final stages of the Wars of the Roses, but also plays a crucial role in the fate of the ‘Princes in the Tower’. Returning home to Bruges, Memling is racked with guilt, for reasons that will only truly become clear as his story draws to a shocking end.

Full of exquisite descriptions of Memling’s art and times, The Master of Bruges is a gripping debut from a bracing new voice in historical fiction.

Hi, Terry. Tell us a little about your novel, The Master of Bruges.
It purports to be the memoirs of Hans Memling, the fifteenth century Flemish painter. The original idea was that it should masquerade as a cod art book, with an introduction by a German scholar who had found the memoirs, learned notes on the events and characters, and of course many illustrations from the work of Memling. I think Will must have blanched at the cost of the last of these, and in the end all three elements were removed.
How did you and Macmillan New Writing meet?
After being turned down by about fifty agents, I saw on a website that MNW was bypassing agents, and that an ms sent in would be actually be read and considered, so I sent it off last autumn. Then I heard nothing until I got a surprise e-mail from Will in late January.
As someone who loves historical novels, the Wars of the Roses and Bruges, I'm especially keen to read The Master of Bruges. Can you tell us how you settled on this particular milieu?
My Dear Good Lady Wife is a smoker, and when we came back from Singapore a few years ago I refused point blank to support her habit at British prices. Then I got the idea of nipping over to Bruges, where tobacco was much cheaper, on the Hull-Zeebrugge ferry. The first tobacco run was a day trip, but thereafter I demanded that I get something out of the deal, and subsequent trips involved a stay of 4-5 days. During one of these I found myself in the Memlingsmuseum. I had never heard of Hans, and enjoyed looking at his work; I noticed that he seemed to use the same model constantly for the Madonna. Then I went to the Town Hall, where there was a large Victorian painting called 'The Death of Mary, Princess of Burgundy', of whom again I'd never heard, but it seemed to me that the girl in the painting looked very like Hans' Madonna model. When I looked painter and princess up on the net and discovered that they were exact contemporaries, an idea began to take shape. I never thought I'd be grateful to John Player and Co.!
What is your typical writing day?
There isn't one. I can go weeks at a stretch without putting a single word down (although in my defence I spend a lot of time reading up on the time, the milieu and the characters) and then can sit and write 3000 words in a few hours. There's plenty of re-writing, of course, and as someone who was once a journalist of sorts I'm quite good at deadlines, if I ever get one.
Do you compose by pen or by keyboard, or what...and why?
Mainly keyboard, because it's convenient for shifting huge blocks of text around. I tend to do a lot of this, shifting scenes about, because of how I write -- i.e. whole scenes from all over the place in the novel, and then refit them where they should go.
None of us writes in a void. Which writers do you feel have had the most influence on you as a writer? (And which do you most enjoy reading - not always the same thing)

I've always been a voracious reader, mainly of rubbish. I am a Janeite and a Joycean, but if I had to point at one influential writer it would have to be George Macdonald Fraser. When an early reader commented that Hans Memling was 'a mediaeval Flashman' I was chuffed to bits. I've always enjoyed the type of story where bit players in history are brought to the fore and give their views/comments on life, right from reading 'Ben Hur' and 'I Claudius' as a boy.

Can we please have the traditional Four Random Facts about Terence Morgan?

i) In 1961, at the Tower Ballroom, New Brighton, the jazz band I occasionally played with was higher on the bill than the Beatles (but well below Terry Lightfoot!)
ii) In 1964 I was jailed in Gibraltar for vagrancy. I was trying to cross from Spain into Gib for a job I had on a boat, but the border guard refused to let me in as I had no money. In protest, I sat down so they couldn't close the gate, and was promptly arrested. It was a wonderful three days; they fed me three meals a day, gave me a bed (I had seen neither bed nor food for at least three days), took me for a pint (under guard) and had a whip round when I was finally released without charge and deposited over the border.
iii) Also in 1964, I was the beer-drinking champion of Mallorca -- Campeon de Bebedores de Cerveza de Palma de Mallorca Mil Nove Cien Sessenta Cuatro (approximately). I still have the trophy.
iv) In 1976, I came second in a short story writing contest run by the Liverpool Echo. The winner was the sainted Jimmy McGovern, so you have to be damned good to beat me.

Terry, thanks for your time, and the best of luck with The Master of Bruges.