Bookshelves, worlds within carpets and not being conventional

A big thanks to Deborah Swift and her fantastic start to this round-robin of questions for the Macmillan New Writers.
Deborah was kind enough to put a couple of questions to me, and while they’re not fiendish, they do require a bit of answering, so bear with me!

“What were your favourite childhood books and can you trace their influences in your novels?”

My childhood influences were largely dictated by my parents, though not by any design. They had this bookshelf that I recall towered over me like some extraordinary monolith and it was filled with paperbacks of science fiction, fantasy and horror novels. During the 70's and 80's the covers of these books were lovingly illustrated and that's what caught my imagination first. I mean, who could forget the Bedouin styled Bruce Pennington cover of Herbert's Dune or 1967

edition of The Worm Ouroboros? I remember there was this one hauntingly nasty paperback cover of a ghost ship burning some unfortunate guy in a rowing boat with this green ethereal ray, until half his face had melted and his chest was just a ragged collection of bones. It was gross and the fact I kept reaching for it was reason enough for my parents to put the book on a higher shelf.

So my folks did do their best to keep such horrors and delights from my young eyes, but you know what kids are like once they get something into their heads. I just followed my curiosity and far from being scared witless by the covers, they spoke to my imagination. I guess that's why - when my peers were reading the Hobbit and the Enid Blyton books - I was nose-deep in the words of Frank Herbert and Stephen King. My teachers were quite worried about me, and my own short stories at that age didn't make them any more comfortable.

With regards to direct influences, ones that you can see in the writing, I can’t say that Frank Herbert’s Dune had a particular influence in my stories – no still-suits or Paul Maud Dib – but the sense of epic was perhaps one that stayed with me.
Stephen King, I think, had more of an impact. I guess I wanted to write like Stephen King, or to quote another one of my heroes, Clive Barker, “I didn’t want to write like him, I wanted to give the answers he gave” (with reference to William Blake). King wrote for the everyman who found themselves in unusual places often by chance, and I was drawn to his honesty, that children could be ‘eaten alive’ much like Hansel and Gretel in the original Grim fairytale, often quite nastily. Just look at the urban epic, IT. Children get devoured by clowns - how fucking scary is that? It was refreshing to have that honesty, and its something I’ve tried to repay during my writing though I haven’t been able to display it much in the Secret War books (not yet anyway!). 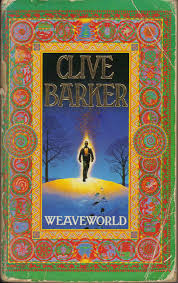 Later in my teenage-hood I was drawn out of the shadows into more middle-territory of fantasy and wonder, with Clive Barker. Weaveworld continues to be my favourite novel, because of the bravura of the writing and also because of the timing - I was a 16 year old and my future was a bright shining road for me, though a safe one. Weaveworld took me out of the humdrum - it made me grow-up, whilst telling me that it was okay to be an adult and still have a vivid imagination. So if anything it’s Barker who has the most influence on me, especially his depiction of the “weird” and there are moments of Barker in my books, more so than the oft quoted influence of Cornwell’s Sharpe and Buffy the Vampire Slayer, (of which I have either read none of or watched very little of to be influenced at all).
In more recent years it has been Steven Pressfield who has had the greatest impact, not so much the characterisation or tone of his fiction, but the battle-scenes which allowed me to follow my own method of writing war – using rhythm and pace of the language to imitate the beating heart or adrenalin, and the “dance” of battle. Which is how I look at battle-scenes – simply put they are ‘dances’, engaging and retreating and engaging again, brutal sometimes, while other times quite beautiful and breathtaking.

These days, I’ve been growing beyond the borders of the strange and the bloody, which is reflected in my reading habits and the projects I have on the go and in the pipeline.
So will I ever write a non-genre novel? I think so, one day. Purgatory and a future project called The Fixer of Clocks are steps towards more literary novels. But you know, at the moment I’m having too much fun to step away from the bravery of fantasy, horror and science fiction. Way too much fun!


“What sort of things do you think your readers would enjoy when they've finished your books?”

You know, this should be an easy question to answer, but like my books, it’s a little more complicated. The Secret War novels, even now, are not in a genre that has a spectacular number of subscribed writers. Imagine, then, what it was like when I originally wrote these books! There wasn’t such a genre as “historical fantasy” when I originally sent them around the agents in the Writers and Artists Handbook. Naomi Novik had yet to set out on her Temeraire sequence and Jasper Kent didn’t arrive on the scene until after the Secret War was published.
Because my books cross, perhaps, two or three genres, if my readership went on from the Secret War novels it would be like the fragmenting of a group of partygoers, after the house party has finally come to an end – each going their separate ways. Some would gravitate towards the historical adventure/war genre inhabited by your Cornwell’s, Pressfield’s, O’Brien’s and Iggulden’s. Others would head for the stock horror troupes, vampire books and such (though please, I wouldn’t suggest anyone head to the likes of Stephanie Myer and the legion of “urban fantasy” writers out there – my stuff just aint the same as that!). Others may even head off to the fantasy/science fiction worlds of which there are so, so many.
It’s a tough question to answer because there are many books that exist on the different literary roads, while there are not that many that sit on the cross-roads, thumbing a lift to anyone who would pull over. My books are like that – they’re like hitch-hikers, they have no home until someone picks them up for that long dark journey into the unknown. 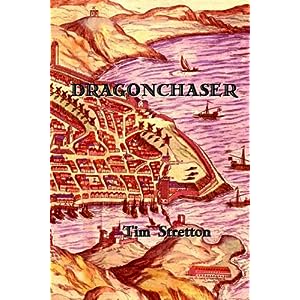 And so to Tim Stretton, another writer who likes to go down paths unknown. Tim’s novel, Dog of the North, is a fine example of world building – Mondia is a fully realised fantasy land of epic proportions, which was visited first in the novel, Dragonchaser. But I would like to ask Tim, which came first? The world or the plot? And why? And would he ever consider writing his books the other way around?
Finally, as it is something that effects us all and Tim has had some experience in this area, I would like to ask him whether self-publishing via e-books is something that has become not only more viable, but also more appealing?
Posted by mattfwcurran.com Web Admin at 16:16

Matt, I love your description of cross-genre novels as hitchhikers. It's both vivid and apt.

I admire your adherence to your own style and voice and your willingness to just write what you want to write.

My own interests have always crossed a zillion genres, and for a long time my writing did, too. I finally settled into psychological suspense (itself a bit of a mushy genre), and I'm pleased with that -- but there's no denying it began as a quest to make my writing more marketable. While it is now my voice and it's hard sometimes to remember what it was like writing other things, stories like yours do still bring a wistful What If...? tear to my eye.

Aha!My questions have evoked much more interesting responses than I could have envisaged. I love the idea of all those disparate readers converging to enjoy your books. It makes a mockery of this genre thing doesn't it. (I was recently at a "historical novelists" conference, and found I probably have about as much in common with Sword & Sandal historical fiction as I do with Chick-lit, so even once you're in a genre, it's not so easy!)

I guess I'm what you would call a stubborn author... one that some editors might even called bone-headed in that respect, but it has got me to where I am now, so that's one thing.

I love the idea of not conforming to any genre, and the current opus - The Black Hours - is another hitch-hiker, carrying a rather sooty-looking back-pack, bound up with string, with a Smith and Wesson revolver at the hip. Not someone you would like to have dinner with, sure, but it will make that long journey a heckuva more interesting one...

And thanks for the questions too!

I know what you mean in this respect. I get the same feeling when I go to Fantasy conventions, thinking that really I have more in common with historical novelists, but I keep reminding myself that actually I enjoy both genres, and the horror genre, and science fiction, and crime with just as much enthusiasm.

The real test will be if I can write a historical science fiction novel, set in a far away fantasy land concerning a chief inspector of constabulary!

Matt - I wouldn't try pitching it to your agent in those terms!

Ha ha! Don't worry, the pitch was more "perfect" than that - I guess what I'm trying to say is that my books tend to be mongrels rather than pure-bred, house-trained novels that fit comfortably in one genre.  Which is fine for those who like writing that way, but I like to get dirty and ugly with my books, and don't like to compromise too much about their content.  If that means writing a mongrel-hitch-hiker of a novel, then I won't shy away from it - fleas and all.  But then I think quite a few books on the MNW imprint haven't been particularly conventional so I feel I'm in good company!